Let’s take a look at our favourite pieces of design from around the globe. These structures are almost out of this world! 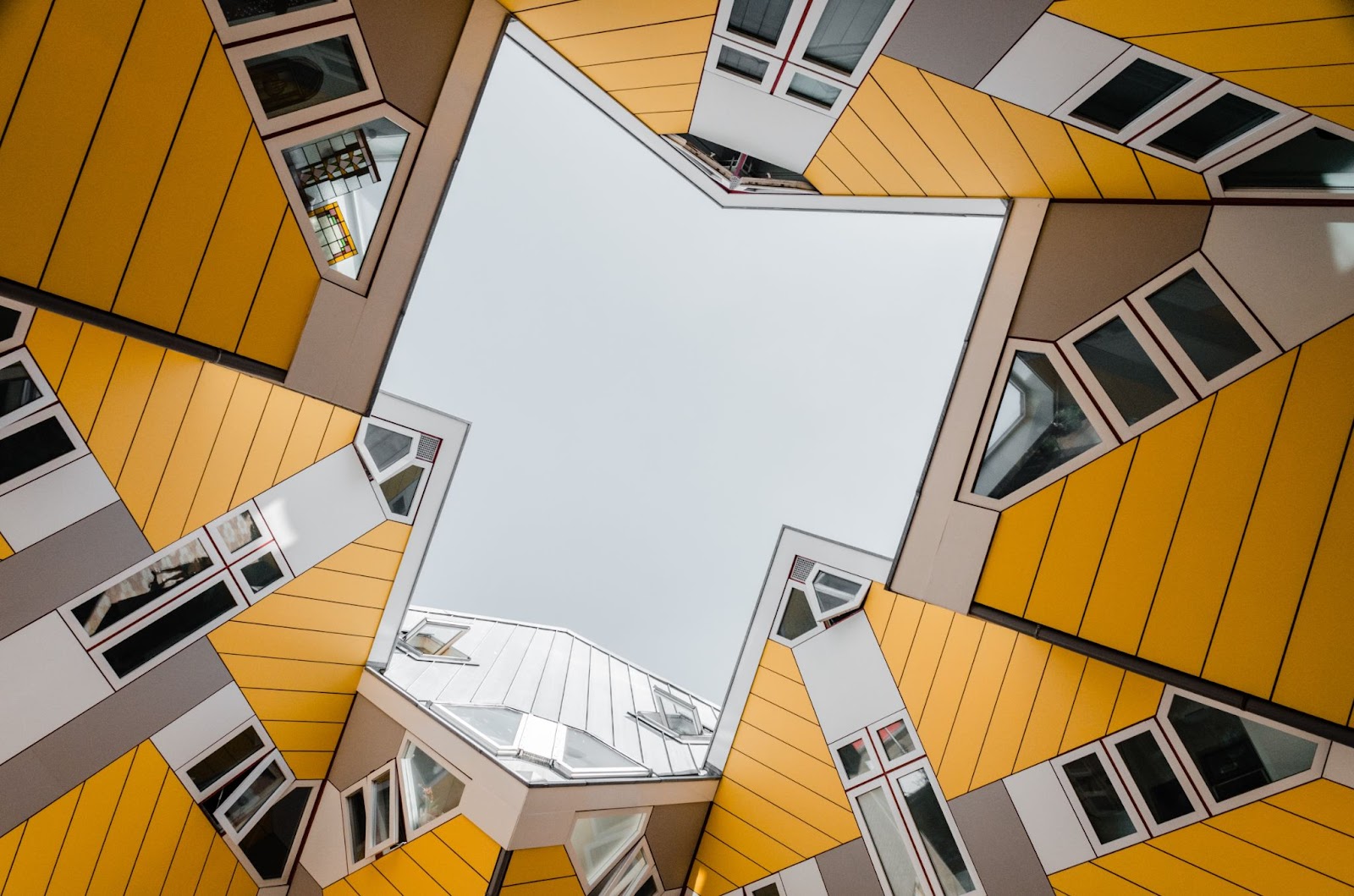 Starting off with a bit of an unorthodox one, the cube houses in Rotterdam, Netherlands may not be as grand as some of the next features on this list, but they are a remarkably quirky, innovative and efficient piece of architecture by Piet Blom and Simon Ungers. The bold colours, the sheer shape of the structures and the fact they not only look good, but serve a purpose too, makes this one of the most unique pieces of work around the globe. 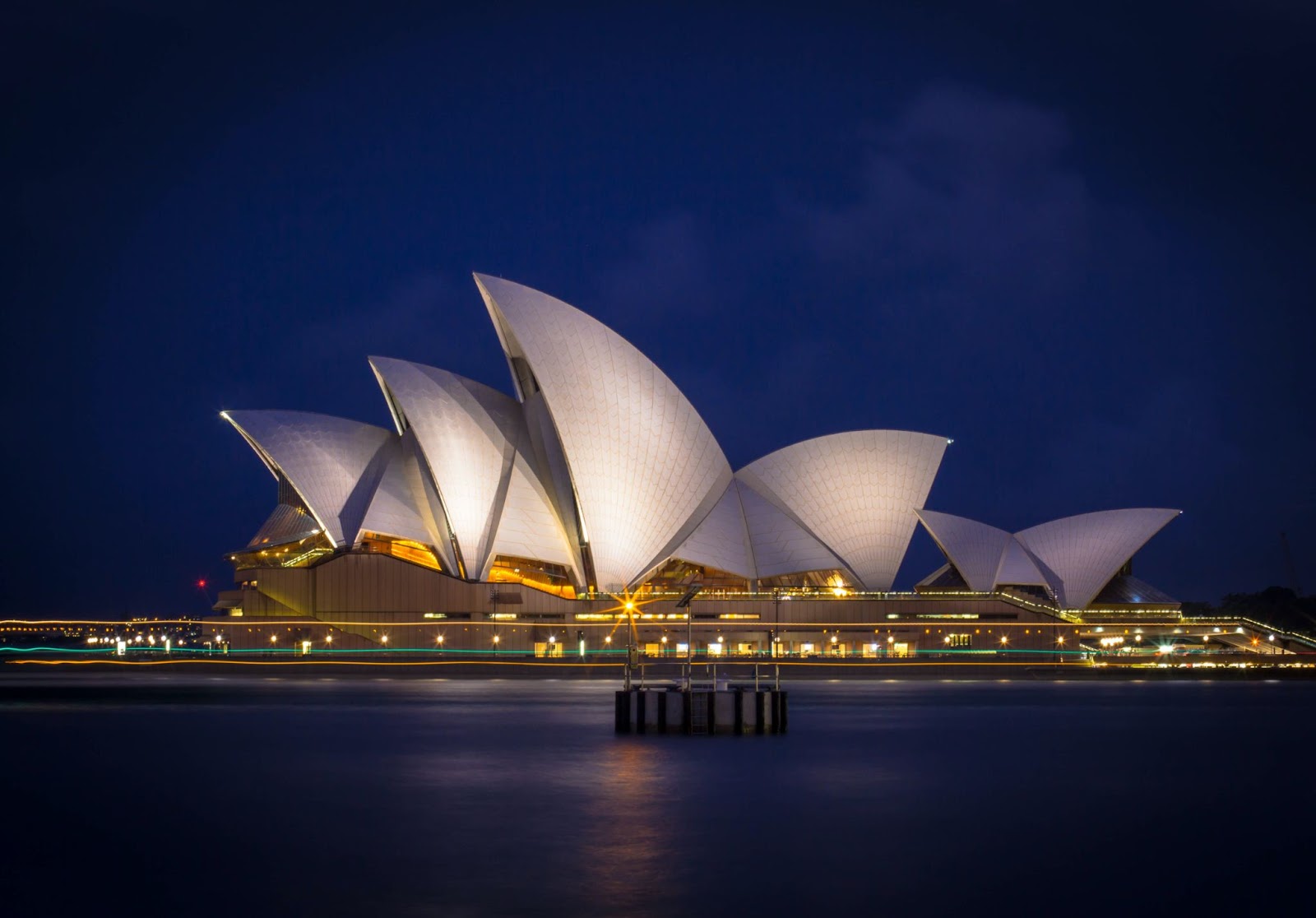 One of the most instantly recognizable landmarks in the world, the Sydney Opera House attracts tourists from all over the globe and it’s easy to see why. The striking nature of the buildings makes them almost fantasy-like, as if you’re looking at something from a futuristic film. Not only is the outside of the building impressive, the interior doesn’t disappoint and follows the same jaw-dropping approach to its design as its exterior does.

The Petronas Towers are currently the tallest twin towers in the world, at a whopping 1,483 feet and were actually deemed the tallest buildings in the world up until 2004 when the Taipei 101 shot passed it. The sheer scale of the buildings and the intricacies that must have gone into designing its 176 collective floors is mind-boggling. Then at night time, it lights up the sky of Kuala Lumpur and is seen by thousands all over the city, it truly is a trailblazer in architecture. 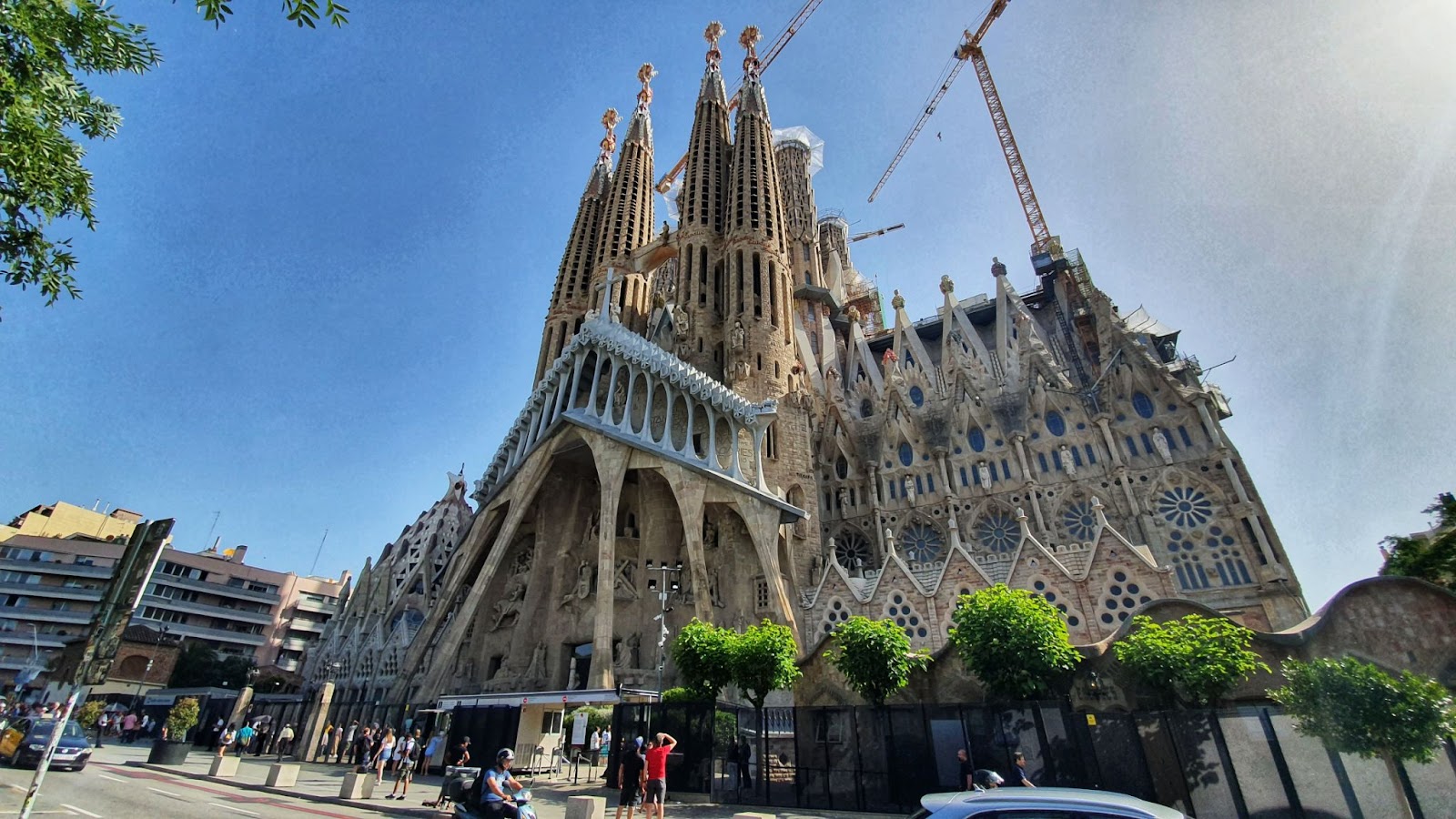 The Sagrada Familia in Barcelona is the tallest religious building in Europe and was originally designed to have 18 spires, representing the Twelve Apostles, the Virgin Mary, the Four Evangelists and of course, Jesus Christ. Since then, only eight of the spires have been completed and the building remains under construction as it has been for over a century. The gothic but elegant style looks like something crossed between a H.P. Lovecraft novel and a far far away Disney castle, we just love its aesthetic. 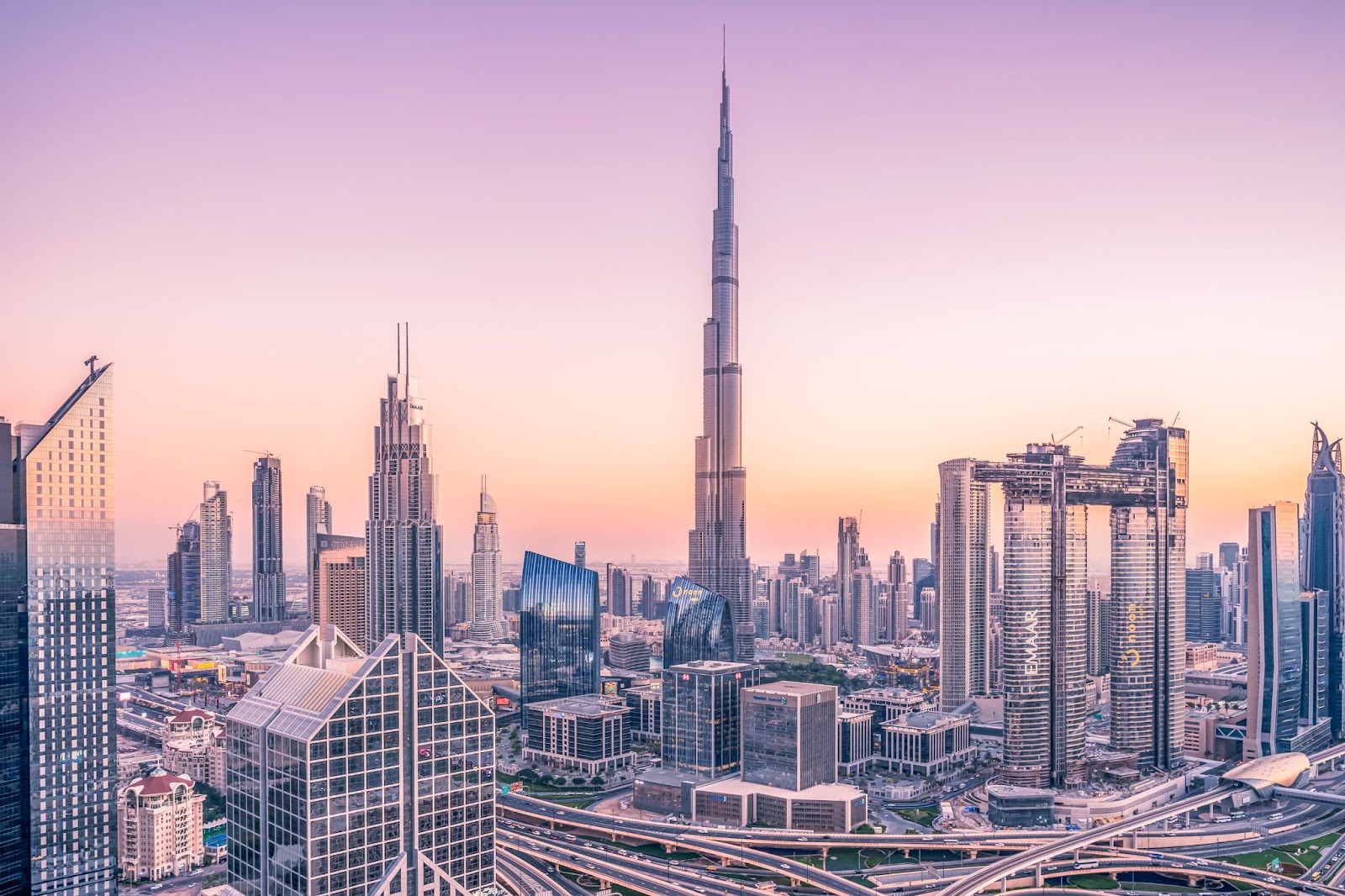 No top 10 list when it comes to architecture would be complete without the Burj Khalifa, this modern masterpiece is, as you probably know, the tallest building in the world currently. Standing at a record setting 2716.5 feet tall, it pierces the clouds of Dubai and is one of the most recognisable pieces of architecture in the world. The 163 floors hold events, are the grounds for multiple houses and hotels , the Burj Khalifa is used for multiple reasons. We have to tip our hat to the audacity and ambition to even dream up this idea as an architect, earning its place on this list.

Maybe one of the lesser known, but most recent structures on the list, Harpa concert hall is a testament to modern architecture design and planning. Its glass facade and unique layout is inspired by the landscape of its home-country, Iceland, making it a love letter to the country it resides in. We simply just love the aesthetic of the building and how eloquently it appears sitting behind a body of water reflecting off of its glass panels.

Gardens By The Bay – Singapore

This is the most unique entry on this list with the Gardens By The Bay not being a singular structure, but a collection of multiple stunning pieces of architecture. Completed by a selection of glass conservatories wrapped in nature itself, we can see it being a favourite of the readers of this list. Rightly so, too; the gardens cover a span of land of 250 acres and consists of three waterfront gardens. It is a showpiece of horticulture artistry whilst being a piece of art itself. We love how it merges nature and architecture together for an unorthodox aesthetic. 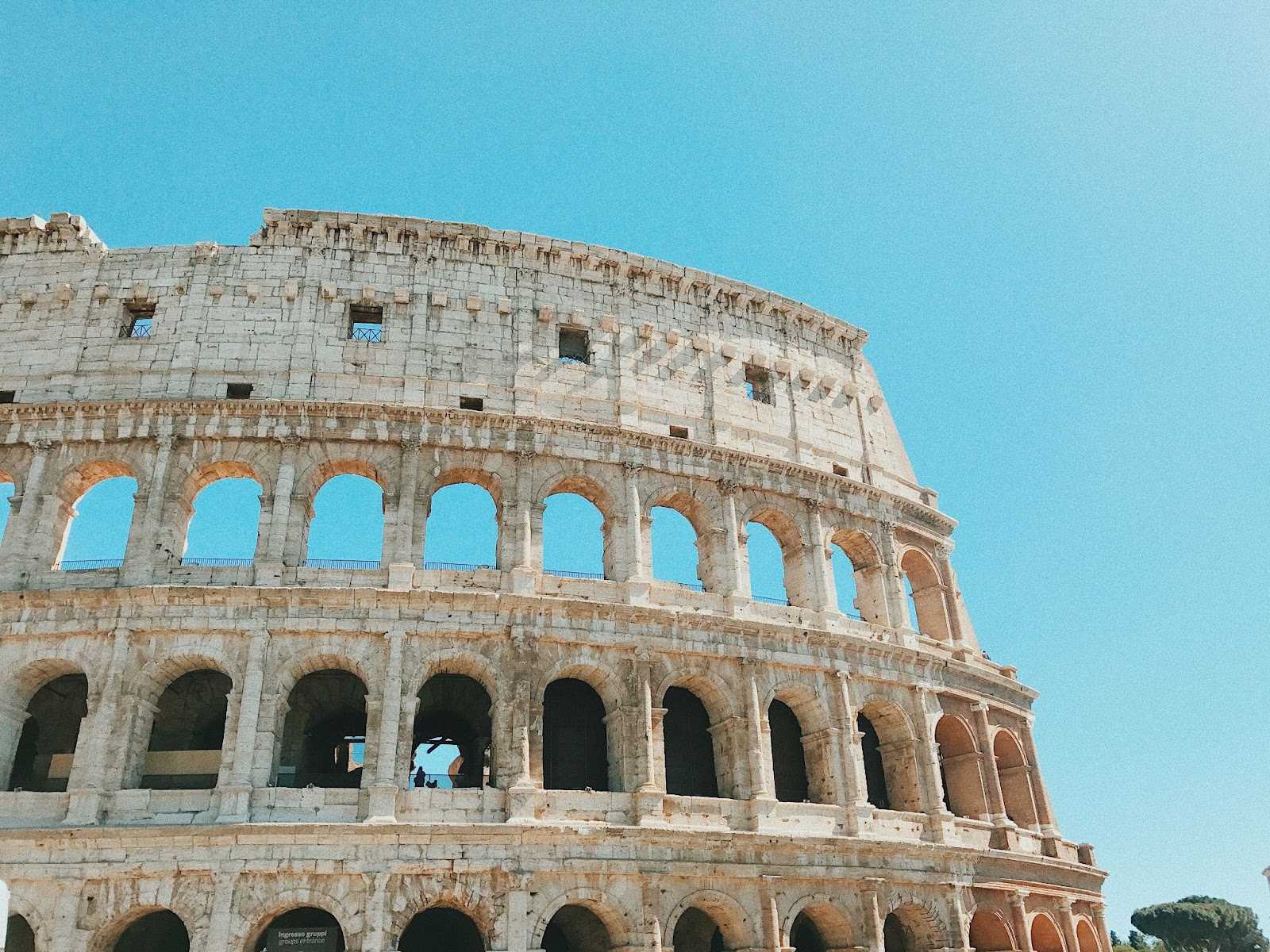 We knew you were waiting for this one, if the Sydney Opera House is one of the most recognisable structures in the world, we think The Colosseum takes the prize for the most recognisable. It is the oldest building on this list, by quite a considerable distance – unfortunately, you can tell nowadays. However, it is still an absolute shock that the colosseum is still standing at all, never mind being the largest standing amphitheatre in the world currently at 189 metres long, 156 metres wide and 50 metres tall. We love the history this building represents and the culture ingrained within its walls. 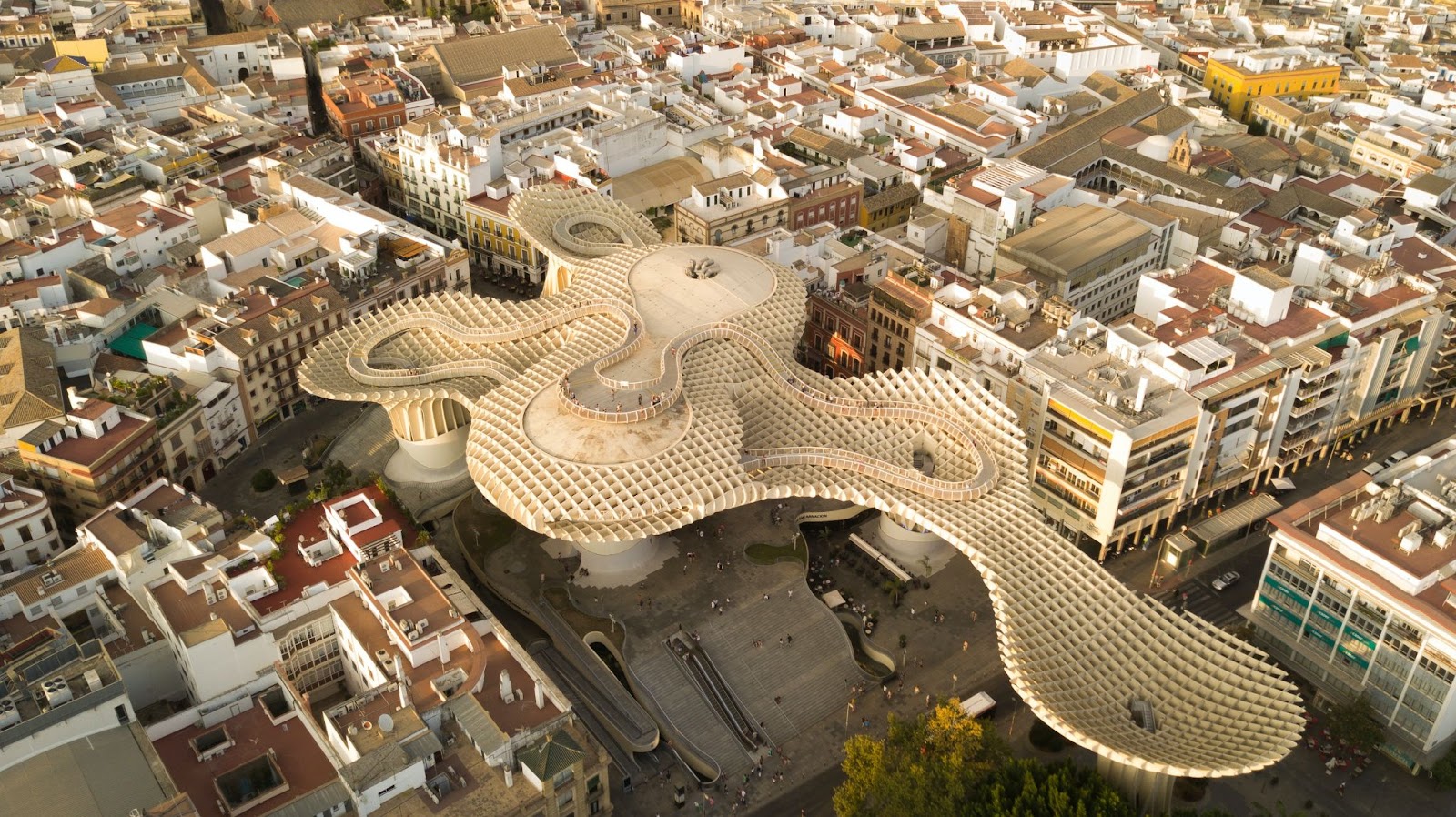 Setas de Sevilla, formerly known as the Metropol Parasol claims to be the largest wooden structure in the world, giving it a claim to fame beyond its beautiful looks. Its six timber made mushroom-like structures cast ever-changing shadows over the area in Seville throughout the day and is one of our personal favourites on this list. The walk across its parasols is a must for anyone visiting the city. We love the unique design and swaying architecture throughout.

The Taj Mahal not only looks fantastic but has a deeper meaning behind its creation than most entries on this list. The building was created for Mughal emperor Shah Jahan’s wife when she tragically died after giving birth. It is a perfect synergy of Persian, Indian and Turkish architecture and we absolutely love the way it looks sitting behind a body of water, reflecting its beauty and scattering it around the surrounding vicinity.

So those were our top 10 pieces of architecture around the world! We couldn’t fit so many favourites on here but maybe that’s a job for another blog post. All the entries on this list have been possible because of extremely talented architects and designers that every budding architect should take inspiration from.

Ophir Architecture was formed in 2018 by owner/director Mark Bridge and the company sets out to deliver astounding architecture and dream-like designs.

PrevPreviousOphir Architecture’s Favourite Architects Who Paved The Way With Their Designs
NextArchitecture As A University Course And Career Choice: Make Designs And Blueprints For A Living.Next

We are Passionate
We are Creative.